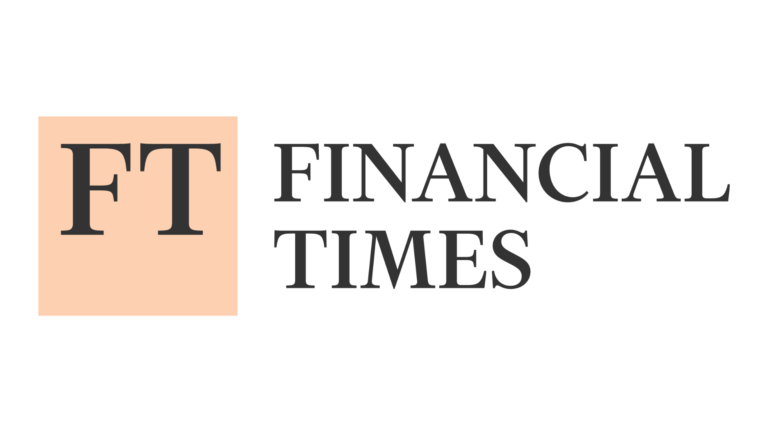 Indeed “Russian forces have taken over internet infrastructure in Ukraine and rerouted traffic to Russia-controlled operators, making Ukrainians’ data vulnerable to interception and censorship by the Kremlin”. 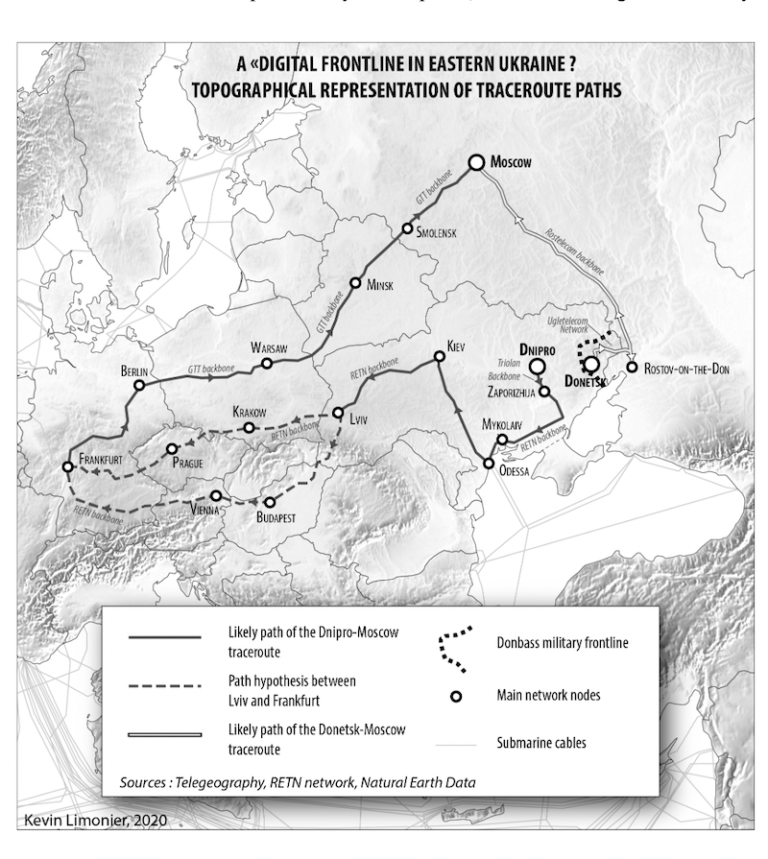 How Russia took over the Internet in Crimea and Eastern Ukraine

What happened in 2014, and what happens when RuNet comes to Ukraine

February 25, 2022, bySebastian Moss
Find the analyses of our researchers Kevin Limonier and Louis Pétiniaud, specialists of the cyberspace and the Russian and Ukrainian territories.
Abstract :
“The whole post-Soviet world is probably the most complex topology on Earth,” University of Paris-8 associate professor Kevin Limonier told DCD. “This is because the network developed in kind of an anarchic way in the ‘90s, with no state authority, no planification of any kind. Even in the US, the planification was stronger than it was in Ukraine and in Russia.”
Read the full article here!
Partager l'actualité
Share on twitter
Twitter
Share on linkedin
LinkedIn 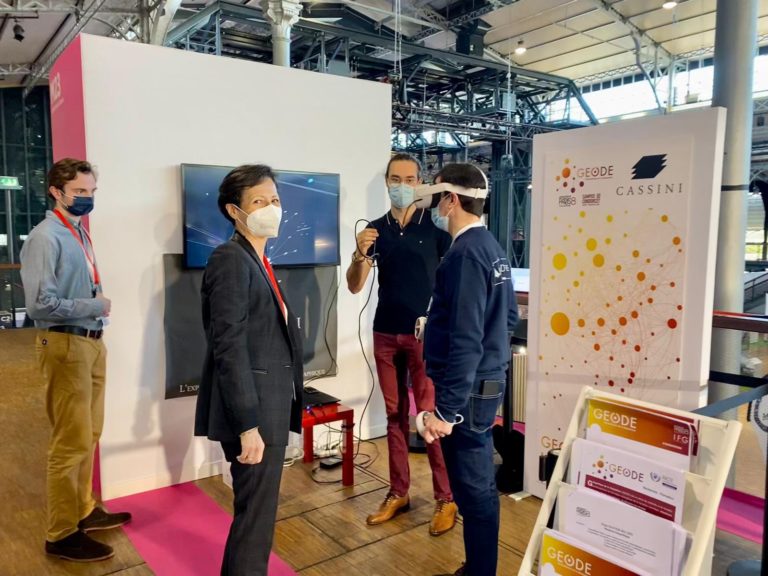 The GEODE team was present at the second edition of La Fabrique Défense organised by the Ministry of Defence at the Grande Halle de la Villette.

Our researchers participated and organised the round table “Cyber defence in the European Union“, moderated by Frédérick Douzet, GEODE director, with the participation of Heli Tiirmaa-Klaar, director of the Digital Society Institute and Aude Géry, GEODE researcher.

Thanks to the tools developed in collaboration with Cassini, we were able to present the experience of walking through a graph of data from social networks, in virtual reality.

This event was an opportunity to reaffirm the support of GEODE and the French Institute of Geopolitics (IFG) for the Cadettes de la Cyber program led by the Pôle d’Excellence Cyber since November 2021. 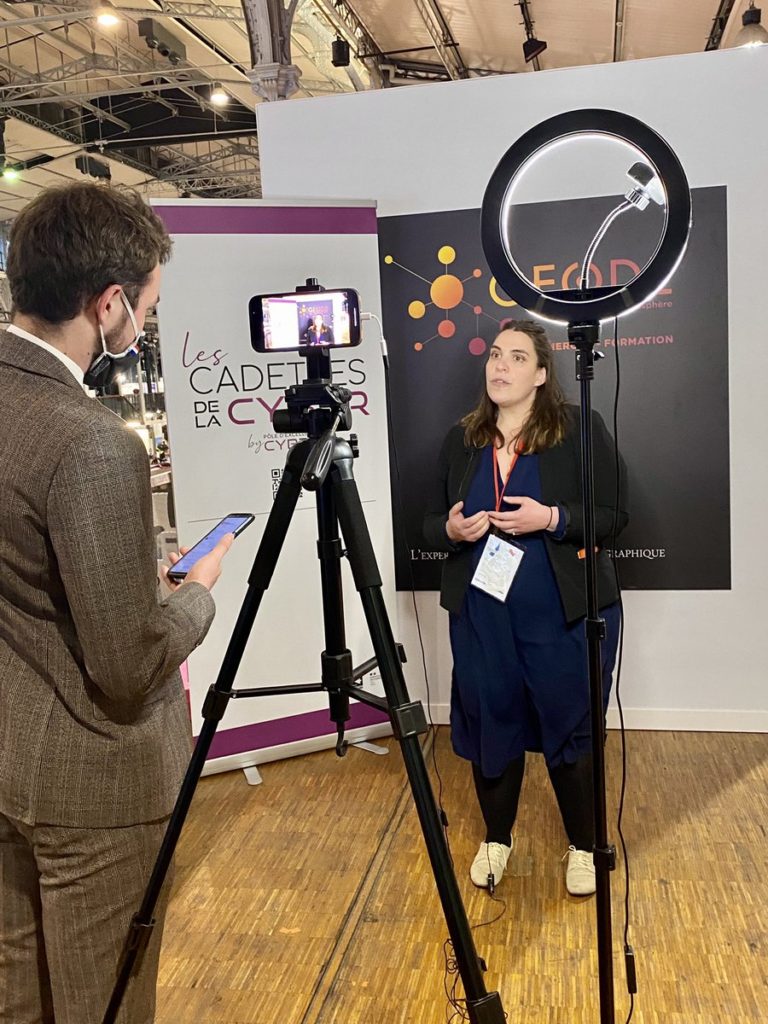 Kevin Limonier, deputy director of GEODE, recounts the anarchic birth of the Russian internet in the episode “Internet in the land of the Soviets” of the France Culture programme “Une histoire de… l’Internet”. Listen here

By telling the story of Anatole Klyosov and Andrei Soldatov, two Soviet researchers who had privileged access to the Internet, it is possible to understand why Russia today has had so much difficulty in regaining control over the network.

In the West, cybernetics is in vogue, with a wild quest for freedom, the time is ripe for the liberation of information. In the USSR, on the other hand, the individual and the circulation of information were feared. The Party’s truth was ONE, and the centralisation of information was EVERYWHERE. There was no need, therefore, to allow each individual to circulate his or her messages. Photocopiers, for example, were suspect; special accreditation was required to access them. In this context, the emergence of computers within the Communist Party poses many dilemmas.

The Internet arrived in the land of the Soviets somewhat by chance. In the 1980s, researchers at major universities were increasingly exchanging information remotely. Electronic mail was democratised in the wake of ARPANET, and France had just switched to Minitel. And teleconferences are beginning to develop, in other words, a kind of international conference, but at a distance.

In 1982, the Soviet Union was far removed from the excitement of the first teleconferences. It was the end of the Brezhnev era, the army was bogged down in Afghanistan, and the Nomenklatura was hunting down dissidents. However, one fine spring day, the Academy of Sciences receives an invitation and decides to send a fellow researcher to the Net: Anatoly Klyosov.

Russia, a unique example in the world of cybernetics

A few years after this pioneering experience, it was a completely different person who precipitated the birth, strictly speaking, of the Soviet Internet: Andrei Soldatov. At the time, he was working at the Nuclear Research Centre and asked for an automatic international telephone line. He then created the first Soviet Internet Service Provider (ISP), in a completely illegal manner, and sold access to the global Internet via his machine, which he ironically named the “window on Europe” (the name given to St Petersburg by Peter the Great).

This early anarchy of RuNet, the Russian-speaking segment of the Internet, has not been without consequences for the subsequent history of networking in Russia and even today has an impact on the online services used by Russian Internet users.

As part of the Franco-Russian Chamber of Commerce and Industry Observatory, Hugo Estecahandy, PhD GEODE answered the following “three questions” related to crypto-currency mining in Russia: 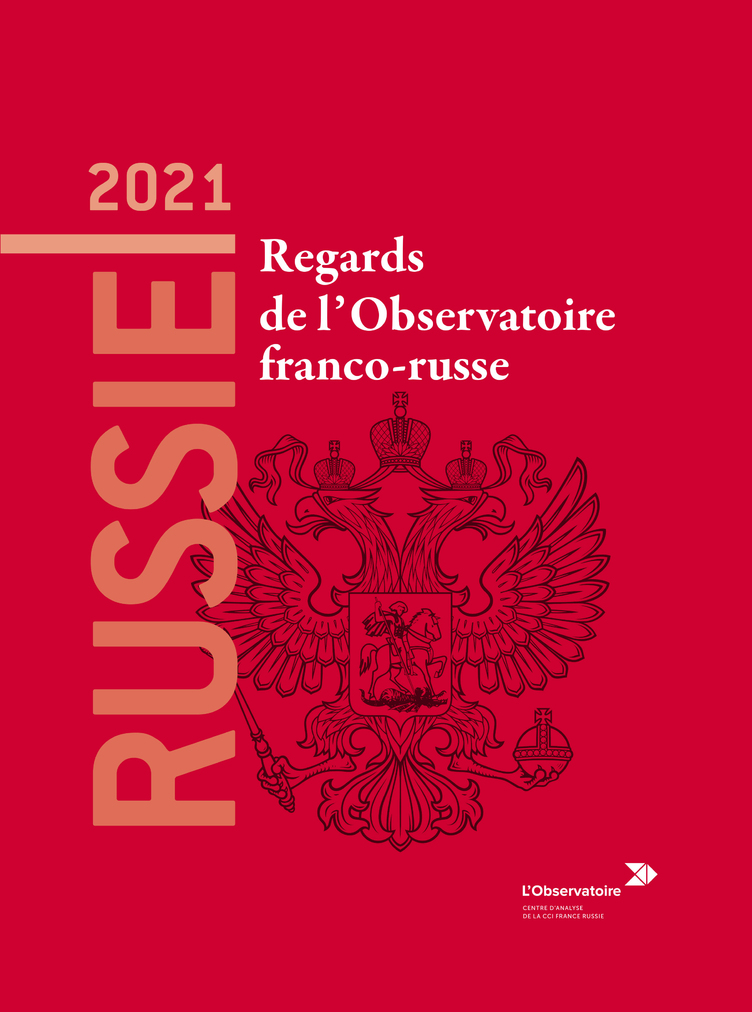 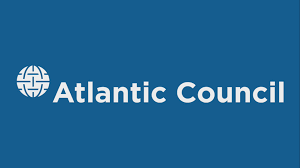 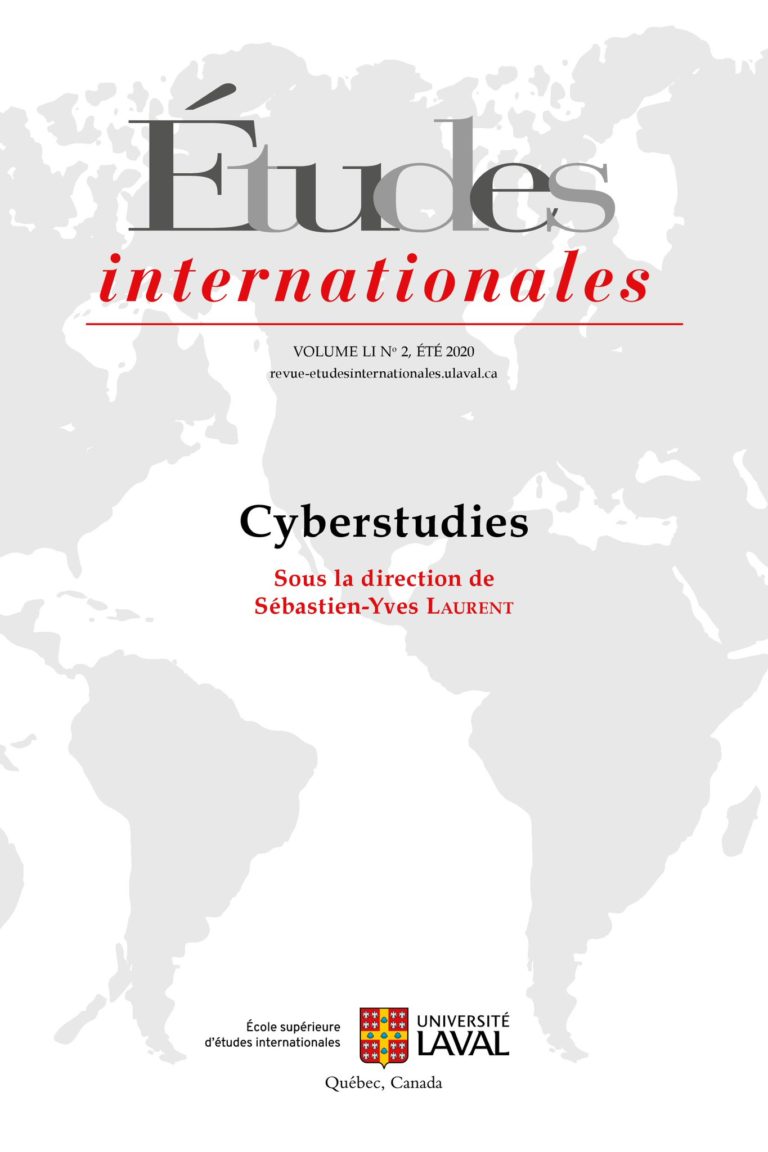 Cyber Threats and Vulnerabilities : How to counter the proliferation of Malicious Cyber Tools